his delicious Low-Carb Sausage Gravy recipe brings back a favorite southern breakfast dish for those on a low-carb, ketogenic, gluten-free, Atkins or Banting diet. 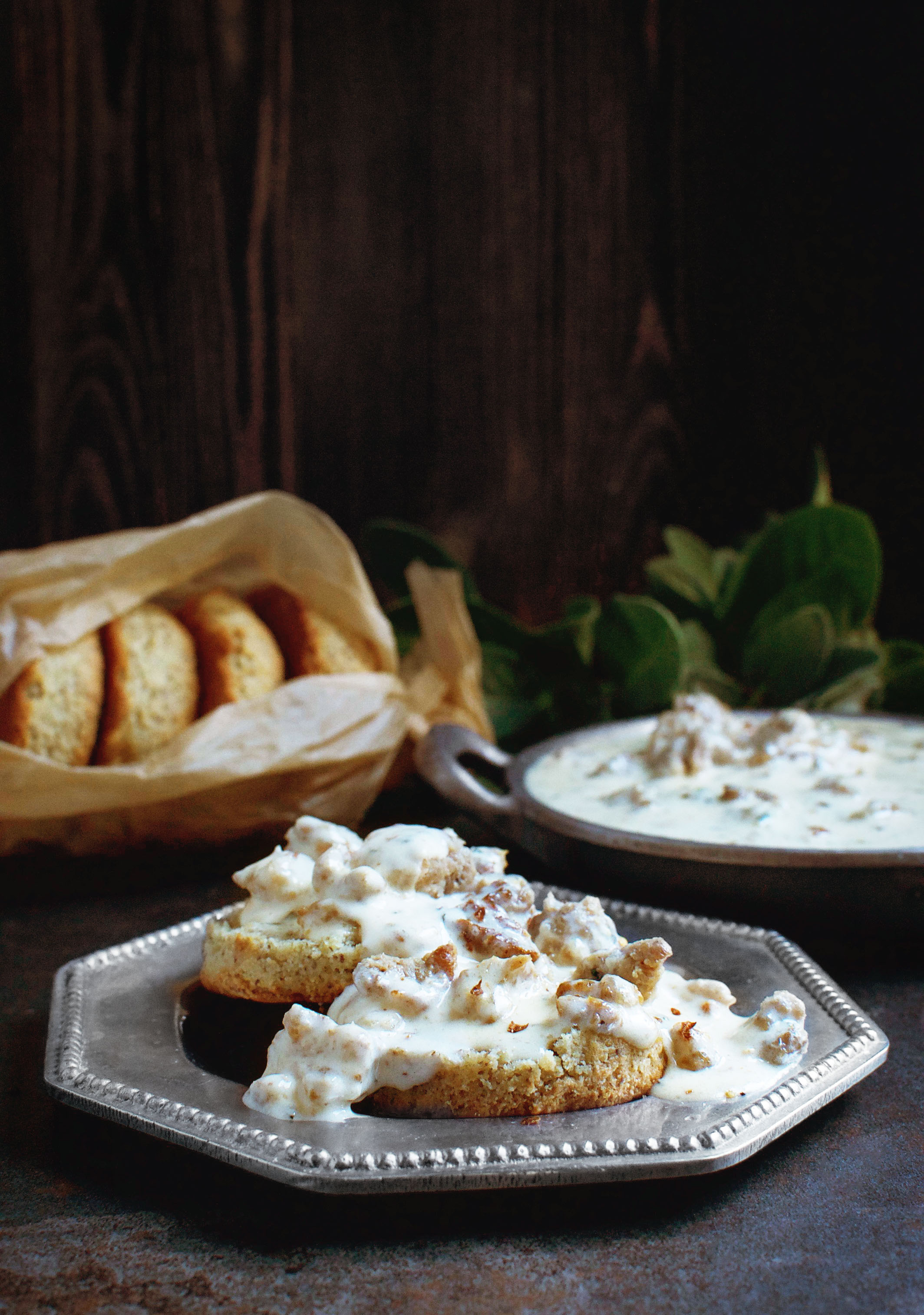 Disclaimer: Some of the links on this site are affiliate links which means we make a small commission from any sales to help keep the recipes coming! You do not pay any more. Thank you for your support!

I didn’t grow up in the South, so I didn’t know there was such a thing as sausage gravy until after I met my southern husband. My husband grew up in Virginia, so he pretty much cut his teeth on biscuits with sausage gravy. The meal made quite an impact on his life and he often talks about the dish and raves about how his Aunt Shirley made the best sausage gravy.

Now, I didn’t really see why he was so obsessed about sausage gravy until we went to visit his Aunt Shirley and I got to experience this culinary delicacy first-hand. Aunt Shirley was a true southern woman with a smooth southern accent. She called me “Sugar” and I immediately loved her. She had a genuine warmth that made me feel welcome.

We spent the night in their home and in the morning, we woke up to the smell of sausage frying. As we gathered around the table for breakfast, I really wasn’t sure what to think. I mean, sausage gravy wasn’t the kind of gravy I was used to. My mother’s gravies were all a beautiful brown. The sausage gravy was a creamy white and looked very different.

As the basket of biscuits was passed I put one on my plate. I broke it open and put a small spoonful of the sausage gravy on top–just enough to be polite. I cautiously took a bite. I was hooked. The next thing I knew, I was piling gravy onto my biscuits and asking for seconds.

Southern cooks, like Aunt Shirley, thicken their sausage gravy with milk mixed with flour. This traditional preparation has been passed down from generation to generation. Of course, the wheat flour makes it off limits to anyone on a low-carb or gluten-free diet. I have altered this classic recipe to make it low-carb and gluten-free. Instead of using milk and flour, I use a mixture of chicken broth thickened with xanthan gum, then adding heavy cream instead of the milk. This preparation takes out the carbs and makes a rich and creamy breakfast treat.

Traditional sausage gravy primarily gets its flavor only from the sausage. I love intense flavor, so I couldn’t help but add a bit of fresh sage and a touch of red pepper flakes to give it a bit of a pop. Since most of the flavor in this recipe comes from the sausage, it’s important to use a high quality flavorful sausage. I used some pasture-raised sausage that I found at our local farmer’s market.

Of course, sausage gravy is traditionally served over biscuits. Don’t worry, I’ve got you covered! Check out our recipe for Low-Carb Sour Cream Biscuits. These biscuits have a real biscuit flavor that works perfectly with the sausage gravy.

This Low-Carb Sausage Gravy makes a delicious breakfast, but I serve it just as often for a low-key dinner. This recipe takes the carbs out of a traditional recipe we all love. Enjoy!